(Please see my previous posts so the story makes sense)
Not much changed in the months following my talk with my mom. This part of the story is finally catching up to present times. She was trying to keep in touch with my brother but she still didn’t see them or her granddaughter too often. My mom also seemed to be a little more accepting of the situation too and that made me happy. I felt like we were sort of back to our normal routine and my brother and Satan were hardly mentioned; except for the occasional photos of the baby that my brother would send to her….but of course nothing good lasts forever.
It was now November and we had passed the two year mark. I couldn’t believe I had gone two whole years since I had been on normal speaking terms with my brother. Almost a year prior, my mom started feeling some discomfort under her sternum. She had mentioned it to her doctor during a routine exam and he felt around and said he felt like what he thought was a hernia. He told her that unless it becomes seriously bothersome that they’d just leave it be. She had lost some weight during that year and said she didn’t feel the pressure as bad and so she ignored it for almost an entire year. At some point towards the end of the year the pressure came back with a vengeance and so she brought it up when she went to see her kidney doctor. He felt around and told her that whatever it was, it didn’t feel like a hernia to him and so he sent her off to have an MRI done.
The results of her MRI came back in November, that year and they weren’t the kind of results that we expected. It ends up she had an 8″ mass growing on her left native kidney. As I mentioned in an earlier post, my mom had a kidney transplant back in the early 90’s. Anyone who has an organ transplant must be put on drugs that suppress your immune system. They’re called immunosuppressive drugs. The reason you need to take them is because your body is going to see the transplanted organ as a foreign invader and your immune system will attack it.

A lot of people don’t know this about kidney transplants but the new kidney does not go where your biological kidneys go. The new kidney is transplanted in the front of your body, with a small piece of the the donor’s ureter (the small tube that connects your kidneys to your bladder). Your old kidneys, assuming you still had them before the transplant, will stay put and usually will eventually atrophy. My mom’s kidneys were still there and seemed not to shrivel up and so it was one of the native kidneys that had the mass. 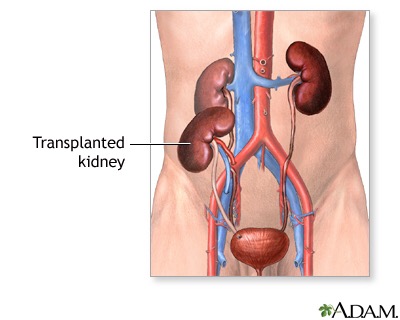 An image I found online that illustrates the placement of a transplanted kidney. 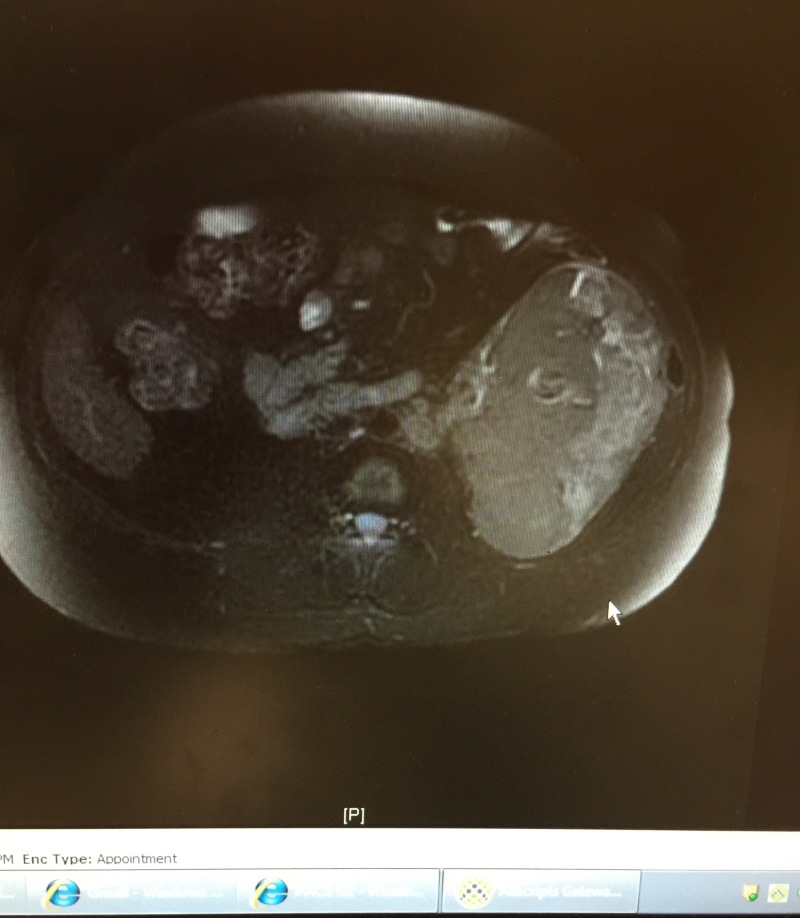 My mom’s MRI showing the mass around her left native kidney. To our right, all the way over, that large oddly shaped thing is the mass. To get an idea of how big it was, look to the opposite side, that’s her liver, you can see where it comes to a point on one side. Look how large the mass is in comparison.

Just get her some cold cuts...